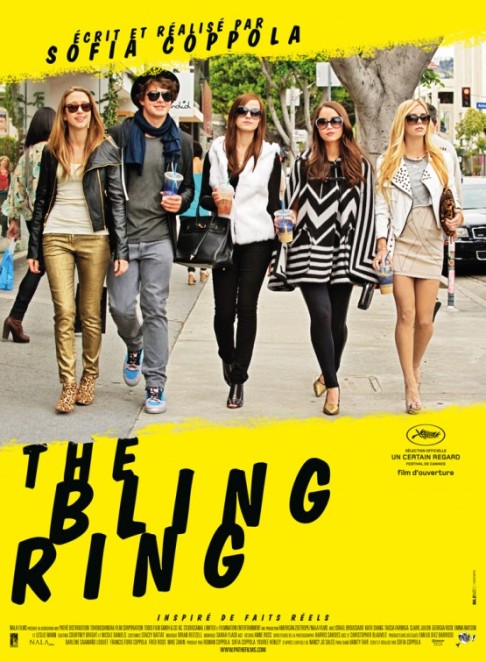 Quiet teenager Marc Hall (Israel Broussard) arrives as a new student at Indian Hills High School in Calabasas, California. Shortly after, he is befriended by fame-obsessed Rebecca Ahn (Katie Chang). While at a party at Rebecca’s house, the pair leave the party to check for unlocked vehicles on the street, taking valuables such as cash and credit cards.

When Marc mentions that one of his wealthy acquaintances is out of town, Rebecca suggests they go to his house. Marc is very uncomfortable trespassing, however Rebecca steals a handbag, mentioning that her idol, Lindsay Lohan has the same one. She also takes an amount of cash, and the keys to a Porsche, which the pair use to flee the scene. With the cash from the house, the two go on a shopping spree, affording themselves the luxury lifestyle they admired in magazines.

Marc visits a nightclub with Rebecca and her friends Nicki (Emma Watson) and her adopted sister Sam (Taissa Farmiga), and Chloe (Claire Julien), where they rub shoulders with celebrities such as Kirsten Dunst and Paris Hilton. While researching Hilton on the Internet, Marc and Rebecca realize that she will be out of town, and create a plan to rob her home. Finding the key under the doormat, the pair goes through Hilton’s belongings, taking some small items of jewelry. Rebecca then flaunts a stolen bracelet to Nicki, Sam, and Chloe at a party.

At Nicki’s request, Rebecca and Marc take her, Sam and Chloe back to Hilton’s house. The group marvel at the excess of Hilton’s lifestyle, and steal shoes, bags, dresses, cash, and jewelry. Later, Marc and Rebecca rob Hilton’s house on a third occasion. The pair also decide to rob the home of Audrina Patridge, once again using the Internet to determine when she will not be home. The entire group uses the same method to burglarize the home of Megan Fox, with Nicki’s younger sister Emily (Georgia Rock) squeezing through a pet door to gain access to the home.

The group enters the home of Orlando Bloom and his girlfriend, Miranda Kerr, and the girls proceed to steal her usual items, while Marc finds a case filled with five of Bloom’s Rolex watches along with a roll of cash. Chloe then helps Marc sell the watches to her boyfriend, Ricky. The group returns once again to Hilton’s house, with Nicki’s boyfriend Rob, who also steals from the home.

A news report releases captured CCTV footage from the robbery at Audrina Patridge’s home, which concerns Marc, however Rebecca is undeterred, and instigates a burglary at the home of Rachel Bilson. Word spreads amongst the group’s social circles, and the girls proudly boast of their accomplisments at parties, also posting photographs of the stolen items on social media sites. The group ultimately rob the home of Lohan, Rebecca’s celebrity idol. Shortly after, Rebecca moves to Las Vegas with her father due to troubles at home, leaving some of her stolen items with Marc. During this, Marc also inadvertently helps Rebecca transfer stolen items across state lines.

News reports of the Hollywood Hills burglaries intensify, with the media labelling the group ‘The Bling Ring’. CCTV from several robberies in addition to the evidence on social media allows authorities to identify the group. Police arrest Marc, Nicki, Chloe, Rebecca, Rob, and Ricky, however Sam is not identified in the footage and avoids arrest. Marc cooperates with the police, informing them on the details of the burglaries, much to the chagrin of Rebecca, who has been identified as the ringleader. A Vanity Fair journalist interviews Nicki and Marc, capturing the highly publicized story. While Marc is remorseful, Nicki vehemently suggests the others were at fault, and that she was simply involved with the wrong people. The group is ultimately prosecuted, receiving varying amounts of jail time and being ordered to collectively pay millions of dollars in restitution for the stolen items.

The group serve their jail time, and Marc and Rebecca each go into seclusion from the press. The film then cuts to a few months later where Nicki is on a talk show talking about her time in jail, where she reveals that her cell was next to Lohan’s. After digressing, she turns to the audience (and the viewers) as she finds a way to enhance her newfound notoriety, telling them to visit her now-popular website detailing her life after The Bling Ring.

I just finished this movie, and it’s an interesting movie, the casts are perfect for every role. It is most certainly entertaining watching wannabe celebrities crash and burn. But I guess the characters are unexamined, but the surface of this story was interesting enough as it was though. It also manages to be quite amusing at times. And it felt very similar to Spring Breakers with their vile characters and style of filmmaking which is not a positive. But let me just say Emma Watson is so beautiful in this movie. chasing out my skeletons and all the troubles they have caused 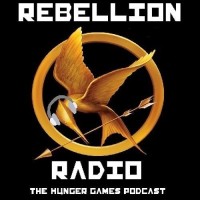 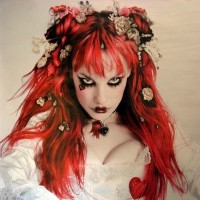 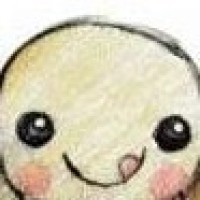 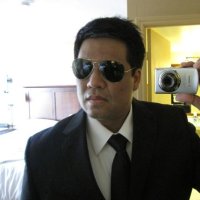 Seasons Change, and so do I

You can turn a phrase into a weapon or a drug

An UNOFFICIAL fan blog for Taylor Swift and The Agency